On June 16, 1963, aboard Vostok 6, Soviet Cosmonaut Valentina Tereshkova became the first woman to travel into space.

This June 16, WIA-E Bremen, in cooperation with Olbers-Planetarium Bremen, organized a special session inspired to Valentina’s story and some aspects on the Moon’s geology. In the unique context of the Planetarium, Lisa Salecker, geographer and science communicator, guided us through a magic trip.

Starting from projecting the starry sky of  the Valentina’s birthplace over our head, until the identification of some constellations visible by naked eyes in our region. She told us about Valentina’s life: from her roots, parachuting as first love, selection as cosmonaut until her political career, as spokeswoman of capability of women and the fragility of the planet and needs of peace.

The last part of our travel was dedicated to a quick look at the Moon’s geology and the Tereshkova’s crater, relatively small lunar impact crater on the far side of the Moon.

The event ended with questions, curiosities and shared information about the woman cosmonaut and the future manned exploration plans. Moreover, a discussion was established about the gap, which needed to be filled to allow many women balancing work and life time. 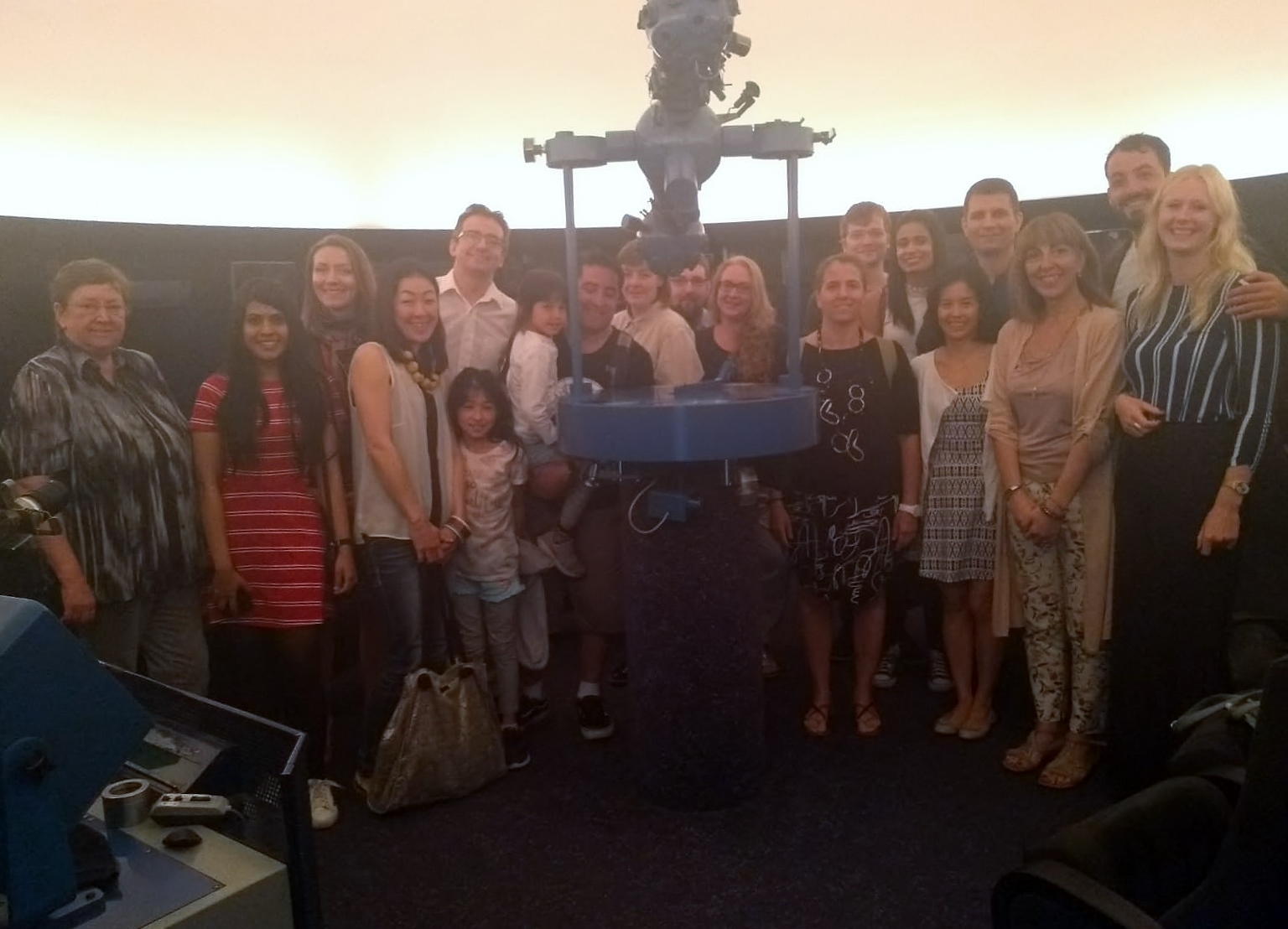