The Annual Report 2010 was officially released and is available here.

Moreover the amendment of the charter of Women in Aerospace Europe was passed unanimously.

The General Assembly was followed by an informal dinner with some of the members.

We would like to thank Space Expo for kindly providing us with the facilities to hold this meeting. 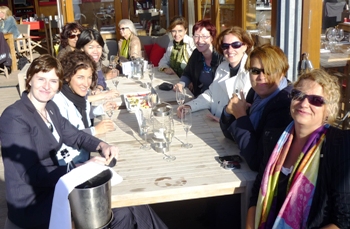