We are very pleased to introduce the three winners of our grants:

PhD student  at the Physics Institute in the division of “Space Research and Planetary Sciences” at the University of Bern(CH).She submitted an abstract to present her work on testing special surfaces, which are used in instruments on space mission to measure neutral particles in the atmosphere of a planet or alike or at the boundaries of our solar system (IMAP mission). The paper , entitled “Investigation of diamond-like carbon samples as a charge state conversion surface for neutral atom imaging detectors in space applications” , will be presented  at the General Assembly of the European Geoscience Union (EGU)  in Vienna in the period 28th of April – 02 May2014, where the division of “Planetary and Space Science” holds several sessions and meetings. 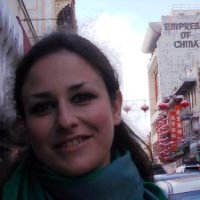 PhD Student Student in Aerospace, Naval and Quality Engineering at University of Naples “Federico II” (I). Her research activities focus on the modelling, development and testing of catalysts for the hydrogen peroxide decomposition for space propulsion applications, in both mono-propellant and bi-propellant thruster systems. The  proposed paper “A Scale-up Method for the Preliminary Design of Catalysts for the Hydrogen Peroxide Decomposition”  will be presented to the 10th International Symposium on Special Topics in Chemical Propulsion & Energetic Materials (10-ISICP) in Poitiers, France in the period 2nd-6th June 2014. 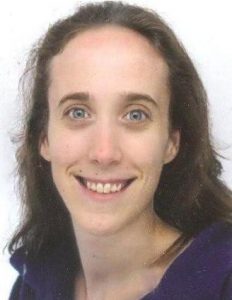 PhD student at the Advanced Space Concepts Laboratory, co-located at the Universities of Glasgow and Strathclyde (UK). She works  on the experimental and analytical modelling of laser ablation for the deflection, exploration and exploitation of Near Earth Asteroids. She apply to attend  the High Power Laser Ablation and Beam Energy Propulsion Symposium  which will be held in  Santa Fe, New Mexico, from the 21st to the 25th of April 2014, presenting the paper “A Space-based Laser Systems for the Deflection and Manipulation of Near Earth Asteroids”.