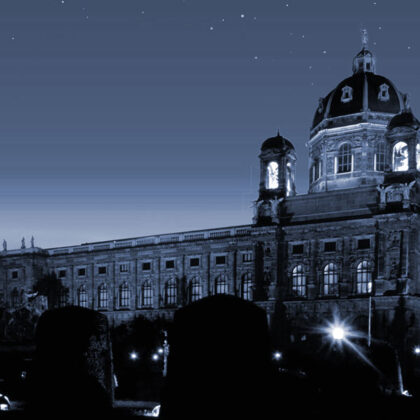 On the 9th of May WIA-E launched a new Local Group in Vienna. The event was held starting at 18:30 at the Natural History Museum, that hosts Europe’s largest meteorite collection. After a few introductory comments from Julia Walter-Roszjár, Research Scientist at the Department for Mineralogy and Petrography of the NHM Vienna and Andreas Geisler, Head of the Aeronautics and Space Agency of the FFG, Simonetta Di Pippo, Director of the UN Office for Outer Space Affairs and President of WIA-Europe gave a very interesting speech on the role of Women in achieving the Sustainable Development Goals set by the United Nations.

Following this, a lively panel discussion was held between Simonetta Di Pippo, Gerda Horneck from the Institute of Aerospace Medicine of the German Aerospace Center (and honorary member of WIA-E), Lisa Kaltenegger, Director of the Carl Sagan Institute at Cornell University, Irmgard Marboe, Associate Professor at the Law Faculty of the University of Vienna and Konstanze Zwintz from the Institute for Astro- and Particle Physics of the University of Innsbruck, moderated by Monika Fischer. These prominent women discussed their careers, their passions and offered their advice to answer many questions from an enthusiastic audience. WIA-E members from the board of directors Elena Feichtinger, Paola Belingheri and Barbara Imhof were also present and supported the activities of the Vienna Launch event.

The event was well attended, with representatives from institutions, industry, universities and also some participants from the aeronautics sector.
Following the panel discussion, a networking cocktail was held in the magnificent foyer of the Museum, where people were able to enjoy a drink and snacks and hung around until well past 22:00.

Some photos of the event can be found here.