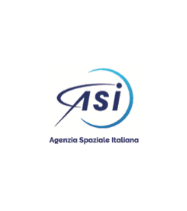 The Italian Space Agency was founded in 1988. Its purpose was to coordinate all of Italy’s efforts and investments in the space sector that had begun in the 1960s.

Within over twenty years’ time, ASI became one of the most significant players in the world in space science, satellite technologies and the development of mobile systems for exploring the Universe. Today, ASI has a key role at the European level where Italy is the third contributor country to the European Space Agency. It also is involved at the international level. For example, ASI has a close working relationship with NASA, which has led to its participation in many of the most interesting scientific missions of recent years. One of the most fascinating projects has been the construction and activities of the International Space Station where Italian astronauts are by now at home.

Thanks to ASI’s efforts, the Italian scientific community has had unprecedented successes in recent years in astrophysics and cosmology, contributing among other things to reconstructing the first moments of life in the universe or making essential steps towards understanding the gamma ray bursts phenomenon. Furthermore, ASI has contributed significantly to space exploration by building scientific instruments that are aboard NASA and ESA probes bound for discovering the secrets of Mars, Jupiter and Saturn. In all of the major missions planned for future years-from Venus to the comets, up to the outer limits of our solar system-there will be a piece of Italy.

In addition to providing the means to study the Universe, from space you can observe Earth to predict and prevent environmental disasters, ensure rapid intervention in crisis-stricken areas and measure the effects of climate change. Italy is also in the forefront in this area. For example, Cosmo-SkyMed, the jewel in the crown of ASI programmes is aimed at improving our knowledge of the Earth.

Italy through to the work of ASI and the italian industry pursues a tradition in the field of research in spacial propulsion. In particular ASI has the leadership in the European programme VEGA, the small rocket fully designed in Italy.

Nowadays, however, space is no longer an unusual sector for research. It is also an important economic opportunity. The telecommunications and satellite navigation market-just to mention one application sector-is expanding continuously. ASI, with its experience in building and placing satellites into orbit, operates in such a way that Italy will be ready to seize these opportunities.

Now more than ever, from essential questions on understanding the universe, the origin of life to experimenting new technologies, space is where humans can broaden their horizons, increase their knowledge and ensure a better future on Earth. Because of ASI’s efforts, Italy is playing a major role in this exemplary human enterprise.