Home > News > “Try it, it works” – In Memoriam of Margaret Burbidge 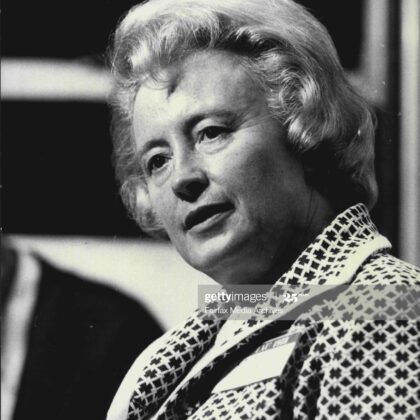 “Try it, it works” – In Memoriam of Margaret Burbidge

Dr. E. Margaret Burbidge, British-American astronomer and astrophysicist, who significantly challenged gender discrimination in science, died on April 5, 2020 at the age of 100.

One of the most famous women in the traditionally male-dominated field of astronomy, Dr. Burbidge received numerous awards and honours, among others the Catherine Wolfe Bruce Gold Medal for outstanding lifetime contributions in astrology, which for the first time in almost a hundred years of its existence was awarded to a woman.

Originally convinced that she would have to pursue her passion for astronomy as an amateur, she was surprised to discover that the University College London was offering it as a major. Burbidge went for it without worrying about whether this degree will secure her a job in the future.

Her impressive academic career, during which she has received twelve honorary degrees,  was not a given at that time. “My graduation was marked by no ceremonies; in the summer of 1939 it was obvious that Britain was headed for war with Nazi Germany. What useful work was I fitted for?”, she wrote in her 1994 autobiographic essay.

However, she never felt discouraged to follow the path she had chosen for herself, even when facing unapologetic gender discrimination. Her first gender-based rejection came early in her career, when she applied for a Carnegie Fellowship at the Mt. Wilson Observatory in California. And while it was an eye-opening moment for her, instead of giving rise to doubts about her career choice in such a male-dominated field, it activated a stubbornness in her to find a way around these obstacles.

One the most prominent examples of this determination was the fact that ten years later Burbridge did after all gain access to the telescope at Mount Wilson, posing as the assistant of her husband, the English theoretical astrophysicist Geoffrey Burbridge.

However, working around institutionalised sexism was not the only one – and certainly not the preferred – way Dr. Margaret Burbidge paved a way for women in astrology. Not only was she leading by example, becoming a highly esteemed authority and leading scholar in her field, as well as the first woman to serve as director of the Royal Greenwich Observatory and first female director of the American Astronomical Society. Above all she used her opportunities to openly oppose gender discrimination in astronomy, most prominently by declining the Annie J. Cannon Award – the only prize that was awarded to women in astronomy before 1971. By being exclusively designed for women, Burbidge argued, it represented the other side of the same problem. “The prize, available only for women,” she went on to explain in her rejection letter to the AAP President and Council, “was in itself discriminatory.” This powerful blow shook the astronomical community and triggered an important shift for women in astronomy.

“If frustrated in one’s endeavor by a stone wall or any kind of blockage,” Burbidge reinforced in her 1994 essay, “one must find a way around — another route towards one’s goal. This is advice I have given to many women facing similar situations. I tell them: Try it, it works.”