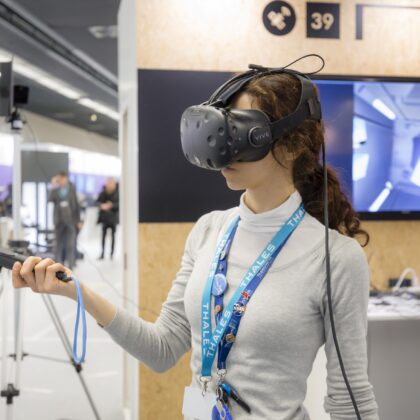 Thales Alenia Space and the “Back to the Moon” challenge

The Back to the Moon challenge with Eleonora Zeminiani, an aerospace engineer of Thales Alenia Space the New Initiatives & Innovation division.

The Artemis program, led by NASA, plans to bring first woman and the next man on the Moon before 2024, on board of the Orion spacecraft. The challenges of this mission will be faced by a great international team, filled with numerous remarkable woman, that will help enable the first female footsteps on the lunar surface.

One of them is Eleonora Zeminiani, an aerospace engineer of the New Initiatives & Innovation division of Thales Alenia Space in Turin. Eleonora will be in charge of the thermal control of the Orion spacecraft and as program manager she will be coordinating the crew module of the lunar landing system.
NASA recently selected partner companies for the new journey to the Earth’s satellite, Blue Origin, SpaceX and Dynetics, who will design and build the lander capable of bringing astronauts to the Moon and back. 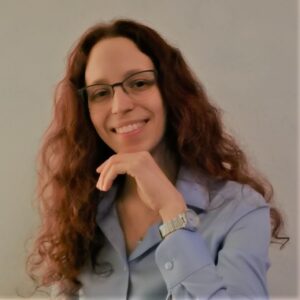 Thales Alenia Space is on-board an industrial consortium, led by Dynetics, in charge of the design of the main volume of the crew module for the Human Landing system.

Eleonora Zeminiani will monitor the progress of the program, the design and the construction, assembly and testing of the pressurized cabin for the astronauts, identifying and coordinating the project requirements, and transforming them into actions for the team in charge.

“The scarce presence of women in the aerospace sector is strongly influenced by cultural factors, not only in Italy, but globally “, Eleonora notices. The career divergence begins very early – she explained – within families and schools, and it occurs almost in a protective way, as the society tries to direct girls towards careers that seem more suited to their gender and their strengths. A sort of a mental cage that can be, however, broken, and we can reach even the Moon.”

So why do we want to go back to the Moon? In Eleonoras words, we are driven by a motive that is very different from that of the 60s and 70s, since we no longer need to demonstrate the technological or political supremacy of the individual countries, but we should take advantage of that huge free laboratory that we have in Space. We should study its environment, discover its resources and prove how man can indeed live and works in deep space.” The Moon will hopefully become the new science outpost, to test on how our systems work and how we, as human beings, can function in deep space, before we make the next great leap to Mars”.