We are pleased to announce the winners of WIA-Europe Grants and Awards 2021. With the support of our new partner Fondazione Amaldi, the Awards and Grants will be presented to the winners during the New Space Economy Symposium in Rome in December 2022.

Within the Grants & Awards programme, WIA-Europe provides Grants to cover attendance at aerospace workshops and conferences and is intended to support new and young colleagues with their first experiences in presenting a paper in an international context. 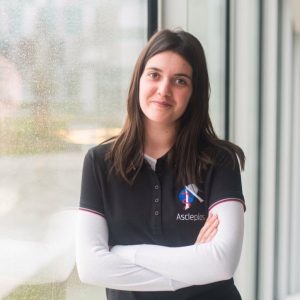 Elfie Roy is a French physics student with a lifelong passion for climate change and environmental issues and more recently for astrophysics and space exploration. During her Bachelor’s degree in physics at EPFL in Switzerland, she led the Asclepios project, a program of analog missions made by and for students. Analog mission are simulations of space missions to test operations, hardware, communication systems, before using them in real space missions. The first mission Asclepios I occurred in July 2021 in the Swiss Alps, and 6 analog astronauts were isolated for 8 days in an underground analog lunar base. They conducted scientific experiment in an environment and conditions as close as possible as real space missions. As Head of Science, then co-Project Leader and Flight Director, Elfie will present the results of the first mission at the International Astronautical Congress in Dubai in late October 2021. 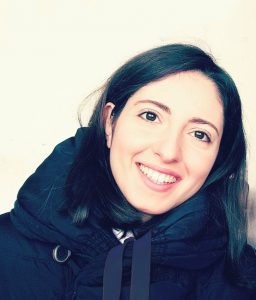 Federica Angeletti holds a Ph.D. in Aeronautical and Space Engineering awarded by the University of Rome La Sapienza, Italy. She is currently a researcher in Space Structures Dynamics and Control at the School of Aerospace Engineering (SIA) of La Sapienza. Her main fields of interest are attitude/active vibration control of flexible spacecraft and learning-based control strategies for multibody space systems. During her academic career, she was involved in several research studies funded by space agencies and companies. She also took part in educational projects at international level, such as the SNSB/DLR/ESA BEXUS program with STRATONAV experiment. She is part of the Committee of the Rome Local Group of Women in Aerospace Europe, where she serves as social media manager and member of the #GenderEquality research team.

The WIA-Europe Student & Young Professional Award in the amount of €1,000 is presented to students or young professionals based on their essay. 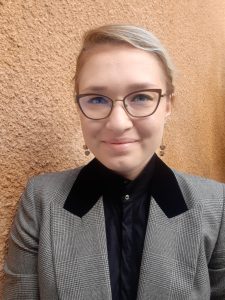 Yulia Akisheva is an aerospace engineer by training currently pursuing a PhD in Protective Use of Regolith for Planetary and Lunar Exploration (PURPLE). This PhD is supported by the European Space Agency (ESA), TRAD Tests & Radiations and ISAE-SUPAERO under the ESA OSIP collaboration platform.

Yulia has a continually growing passion for human spaceflight. Over a decade ago, she knew she wanted to work on putting that first human boot on Mars so she invested in her academic background. Yulia has three Master’s degrees from top European universities, KTH Royal Institute of Technology in Sweden and ISAE-SUPAERO in France. She specialised in Aerospace Structures and Materials, Design and Operation of Space Systems, and Sciences of the Mechanics of Materials and Structures.

Besides Mars exploration, Yulia is invested in fostering international cooperation and outreach about space. She contributes to building a more diverse and inclusive aerospace sector as a volunteer at Space Generation Advisory Council, where she is a team member and co-lead of the Diversity and Gender Equality Project Group, formerly known as the Our Giant Leap initiative. 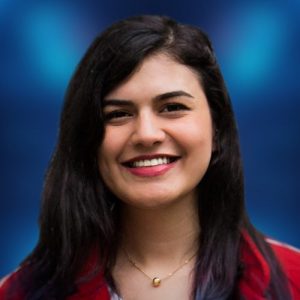 Sahba El-Shawa is a Jordanian-Canadian young space professional originally from Palestine. She is passionate about human rights and social justice issues, as well as space sustainability, accessibility, outreach, and education. Sahba holds a BASc in Mechanical Engineering from the University of British Columbia and an MSc in Space Studies from the International Space University, with a background in Mechatronics from the German-Jordanian University. During her studies, she worked on a CubeSat and a suborbital rocket which won first place in the Spaceport America Cup in 2017. She has also collaborated with the German Aerospace Centre (DLR) and interned at the European Space Agency’s Clean Space initiative, focusing on the environmental impacts of space activities. At the time of her application, she is based in the Netherlands working as a System AIT (Assembly, Integration, and Testing) Engineer at Innovative Solutions in Space.

Sahba is the co-lead of the Ethics and Human Rights project group in the Space Generation Advisory Council, and holds several other volunteer roles within the SGAC and Moon Village Association. She has been a regional coordinator for Space Design Competitions for high school students since 2018, having organized competitions for Canada, Europe, Jordan, and Palestine. In 2020, she founded the Jordan Space Research Initiative (JSRI) which aims to bridge space R&D with sustainable development and establish an analog research facility in Jordan. Sahba is an advocate for decoupling defense and space, and is committed to creating opportunities in space for underserved communities, in order to help guide the industry towards a more equitable and ethical future.

Due to the forced break last year, this year there are four recipients instead of two. Congratulations to the winners of WIA-Europe Grants and Awards 2021!

To apply next year, please check the requirements HERE.