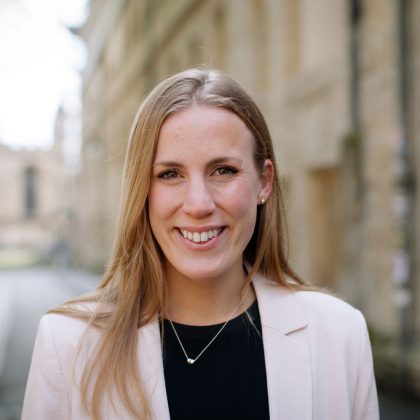 Susan is the Founder of Oxford Human Performance, a coaching and training company which teaches high performance soft skills to people and companies in the space sector.

Susan has over a decade of experience working in the space sector. She began at ESA as the Human Behaviour and Performance Instructor at the European Astronaut Centre in Cologne, Germany. She then moved back to the UK to work with the Education and Skills team at the UK Space Agency, encouraging the next generation of STEM students to pursue careers in space.

Susan has trained Astronauts from Europe and China, ESA’s Ground Control Crew and explorers spending twelve months at a time in the Antarctic. She supported the delivery of Astronaut Tim Peake’s Principia mission, inspiring the next generation through his historic mission. She has also contributed to publications such as ESA’s ECSS standards on human dependability, a Guidebook to Concordia (Antarctica) and WIA’s whitepaper on STEM education in Europe.

Susan is a mother of two girls, has a BSc in Experimental Psychology and an MSc in Human Factors and Safety in Aeronautics from Cranfield. She has a long interest in aviation, joining the Air Training Corps at 14 years old and gaining her Private Pilot’s Licence at 17 years old.