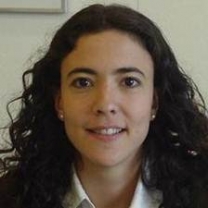 Christina Giannopapa is a senior advisor in the Department for Relations with Member States in the Cabinet of the Director General of the European Space Agency (ESA) in Paris.

She is responsible i.a for Parliamentary affairs and for liaising with Member States. From 2010 to 2012 she has been seconded from the Agency as Resident Fellow at the European Space Policy Institute (ESPI) in Vienna, where she has been supporting the European Interparliamentary Space Conference (EISC) and lead studies on innovation, Galileo, Copernicus and Africa. In the policy areas she also worked briefly in DG Research, European Commission. From 2007 to 2010, she has been working in the Mechanical Engineering Department of the Technical and Quality Management Directorate of ESA in the Netherlands. Prior to joining ESA she has worked as a consultant to high-tech industries in research and technology development. She held positions in academia in Eindhoven University of Technology, the Netherlands and in the University of London, UK. She has received 14 academic scholarships and awards and has 40 publications in peer-reviewed journals and conferences. She holds a PhD in Engineering and Applied Mathematics; an MEng in Manufacturing Systems Engineering and Mechatronics; and an MBA in International Management from the University of London, UK. Additionally, she holds an assistant professor position in multiphysics at Eindhoven University of Technology. She is the chair of the Fluid Structure Interaction (FSI) Committee of the American Society of Mechanical Engineers (ASME) and is the secretary of the Committee for Liaison with International Organisations and Developing Nations (CLIODN) of the International Astronautical Federation (IAF).