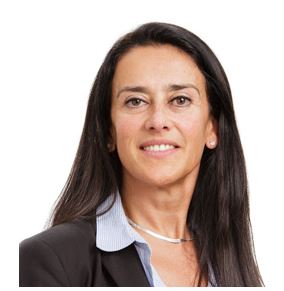 Women in Aerospace Europe (WIA-E) announces Grazia Vittadini as the winner of the Outstanding Achievement Award 2019.

The annual WIA Europe Outstanding Achievement Award was introduced to acknowledge women, whose noteworthy technical or scientific achievements and dedication to the advancement of women in the aerospace field contribute positively to the professional growth of women in aerospace.

This year, WIA Europe is honoured to present Grazia Vittadini with the Award and an Honorary Membership during the Award Ceremony on 10 September at the ESA Centre for Earth Observation, Italy.

WIA Europe is proud to honour Grazia Vittadini for her outstanding achievement and her outspoken dedication to fostering diversity in the aerospace sector. Her exemplary career is not just an inspiration for female students and young professionals who enter this industry, but for every girl who would want to pursue a career in technology but still thinks of it as a boys’ club.

Grazia Vittadini graduated in Aeronautical Engineering from the Politecnico di Milano, and began her professional career on the Italian side of the Eurofighter Consortium, before joining Airbus Operations in Germany in 2002 and setting on her path towards senior management positions. One of the most international top managers today, she was always leading transnational teams in multiple locations. In 2002 she joined Airbus and quickly climbed the management ranks. She served as Chief Engineer on the Wing High Lift Devices of the A380 in Bremen from First Flight to In-Service (2005-2009), and then contributed to securing First Flight and Type Certification of the A350 XWB aircraft as Head of Major Structural Tests in Hamburg.
Since May 2018 Chief Technology Officer (CTO) of Airbus and a member of the Airbus Executive Committee, Vittadini also serves as Director of the Airbus Foundation Board and as a member of the Inclusion and Diversity Steering Committee.

Women in Aerospace Europe (WIA-E) is an international network devoted to expanding women’s opportunities for leadership and increasing their visibility in the aerospace community in European countries and beyond. The association welcomes diverse talent, male and female alike, that is key to the growth of a modern and dynamic aerospace sector all over the world. With a variety of activities, among others its Grants and Awards program, WIA Europe would like to encourage and support upcoming talent as well as honour senior women for their outstanding achievements.