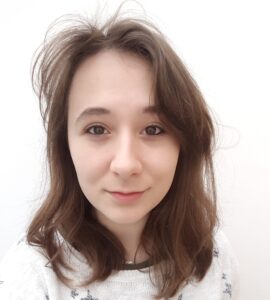 I’m Heidi Thiemann and I’m part of the WIA-E Communications Team, running the social media accounts of WIA-E. I’m currently finishing up my PhD in stellar variables at The Open University, whilst running a small business called the Space Skills Alliance.

During my PhD, I’ve recently been working on a citizen science project called “SuperWASP Variable Stars”. I’ve been asking members of the public to get involved in real astronomy. So far, over 7,000 people have been helping to classify light curves (or graphs of the changing brightness of stars) and together we’ve discovered hundreds of new variable stars.

Alongside writing my thesis, I’m currently working on analysing the result of the 2020 Space Census, the first national survey of the UK’s space workforce, which we’ve been running over at the Space Skills Alliance.

There’s some existing evidence which suggests that the space sector has diversity and inclusion problems, particularly around gender and ethnicity, but this evidence is limited and we don’t have any good numbers on the problem. Without a baseline of demographics, it’s hard to determine what interventions should be made, measure if these are having any effect, and identify which are the most effective. 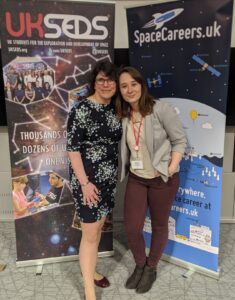 Through the 2020 Space Census, we’re building up that baseline of UK space sector demographics. We’ll finally know the breakdown of women in the sector, how they’re paid, and their experience at work, and lots more that’s relevant to WIA-E members.

I hope that the results will inform national space policy and sector strategy, and be used to improve what it’s like to work in the sector, tackle discrimination, and make the sector more attractive to new recruits.

At the end of 2020, we were busy collecting the data, and I’m now working on the analysis, with the first report coming out very soon. Watch this space!