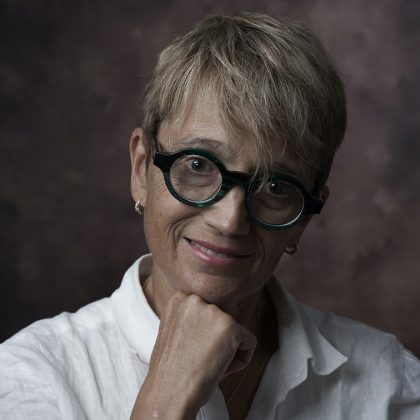 Anna Gregorio has a Laurea (from the University of  Trieste) & Ph.D. (Scuola Normale Pisa) in Physics, Master in Space Systems Engineering (TU Delft). Professor of Astrophysics at the University of Trieste, coordinating the instrument teams of large scientific space missions (Planck, Euclid) of the European Space Agency.

Her h-index is 54, and she has (co-)authored more than 300 papers. She is the representative for University in the board of directors of Consorzio Interuniversitario per la Fisica Spaziale; member of the Scientific Committee of Collegio Fonda; expert evaluator of the European Commission; invited member of the Study Group on Small Satellites for Space Sciences in COSPAR (Committee On SPAce Research); coordinator of the University Committee for Space Research. Included in the list of Top Italian Scientists – Physics.

In the parallel life, more bold and daring, she is the CEO of PICOSATS, a spin-off company of the University which operates in the field of small satellites.

She is also a sailor, passionate skier, diver, and traveler … but she travels far from tourist destinations.

In 2021 she was nominated among 50 Italian women of Inspiring Fifty, in 2020 by Forbes Italia among the 100 most successful Italian women, among the 15 most influent women in the innovation field by Digitalic – “Digiwomen2020”. In 2021 SheTech nominated PICOSATS among the 10 key start-ups founded by women, among Top 90 Telecommunications Startups and Companies in Italy by BestStartup.eu, among the “upwind companies” of Trieste by GEDI – Top500.