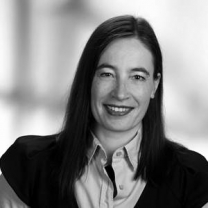 Barbara Imhof is a space architect, researcher and radio-journalist. She is also the co-founder and co-manager of LIQUIFER Systems Group (LSG).

LSG comprises experts from the fields of architecture, design, human factors, systems engineering, physics and space
technology. Their space related projects focus on feasibility and scenario studies as well as mock-ups and prototypes for clients such as the European Space Agency, the EU-framework programmes and the European space industry.

As project lead for LSG Barbara Imhof currently works on the EU–FP 7 project SHEE Self-deployable habitat for extreme environments, the first built European simulation habitat. She also works on MOONWALK, another EU-FP 7 space technology development project for Human-Robot Collaboration including two simulation missions in Rio Tinto and subsea. Barbara Imhof is further theCo project manager of the biomimetics and arts-based research project “GrAB–Growing As Building” which is situated at the University of Applied Arts in Vienna.

We use cookies to ensure that we give you the best experience on our website. If you continue to use this site we will assume that you are happy with it.OkPrivacy policy