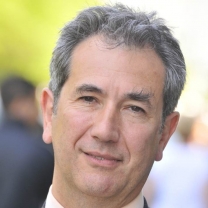 Marc Heppener studied physical chemistry at the University of Amsterdam and obtained his PhD in 1986 on time-resolved molecular dissociation processes. In 1986 he joined the Space Research Organisation of the Netherlands (SRON) as project leader X-ray detector development. In 1989 he joined the SRON management, taking up the position of programme manager external research. In this position he was responsible for the Dutch national programmes in Earth observation and microgravity research. He was member of the Dutch interdepartmental committee on space, Dutch delegate towards the European Space Agency (ESA) and was chairman of the ESA Microgravity Programme Board (1996-1999).

In 1999 Marc joined the European Space Agency as head of the science and applications division in the directorate of human spaceflight and exploration. In this capacity he developed a science-based programme for life and physical sciences in space, which was endorsed by the ESA Ministerial councils in 2001, 2005 and 2008. Simultaneously, he contributed to the development of the Aurora exploration programme. Among his duties, Marc Heppener served as European Mission Scientist for the International Space Station ISS, interacting with international partners in the US, Russia, Canada and Japan.

From 2009-2012 Marc joined the European Science Foundation as director of science and strategy development. In this capacity he managed the scientific staff of ESF and was responsible for scientific foresights, the execution of the ESF Open Calls and peer review processes, as well as ESF communications and the conference programme. He was engaged in implementing the different actions from the EUROHORCs-ESF Road Map for Actions for a globally competitive European Research Area, notably in the areas of scientific foresights, European peer review, research infrastructures, careers and the establishment of a European Grant Union.
In 2012, Marc returned to ESA and became member of the cabinet of the Director General,  with responsibility for the High-level Science Advisory Policy Committee (HISPAC). HISPAC is the highest level science advisory committee of ESA, dealing with long-term scientific and technological perspectives, science policy matters and interdisciplinary aspects of all scientific activities of the Agency. Recent HISPAC activities include the definition of four Grand Science Themes for ESA’s long-term future, the implementation of a mechanism to identify future technology requirements and finding new ways of communicating about scientific achievements of ESA’s missions.

Marc has served as president of the Netherlands Space Society NVR, vice-President of the International Astronautical Federation IAF and has been member of various other boards and committees. He was an ‘early adopter’ of WIA-Europe (proudly carrying membership number 17!) and has acted as auditor of WIA-Europe for several years.